Change Language
Deutsch
Kaokoveld
Learn more
Start Player
Back
Kaokoveld
The remote north of Namibia
Home to the semi-nomadic Himba
Destination of our Kaokoveld Expeditions
The Kaokoveld is situated in the north west of Namibia, and a part of the country that seems not of this world. It is infinitely vast, remote and breathtakingly beautiful. We explore the region in specially equipped vehicles with accomplished guides to offer a very different kind of experience.
The Kaokoveld covers an area of around 50’000 km², and includes the region between the Hoanib River and the Kunene River, which marks the Angola border; the Skeleton Coast National Park marks the western border. There is little to no infrastructure here, which means the Kaokoveld is one of the few true wildernesses still in existence. The few people you’re likely to come across in this region are the semi-nomadic Himba, who have learned to survive in this sometimes extremely arid environment.

Learn more ..
The western part of the Kaokoveld, from Sesfontein up to the Epupa Falls, is less interesting for us. We stick to little-known tracks in the hinterland and never travel on tarred roads in the Kaokoveld. Riverbeds are our roads and the starry sky is the roof above us.

If you like a combination of camping in remote places and staying in beautiful lodges, then our Kaokoveld Expeditions are perfect for you. Not only is the landscape fascinating here, we also often come across desert elephant, giraffe, zebra, oryx and sometimes even lion and rhino. This is one trip you will never forget. 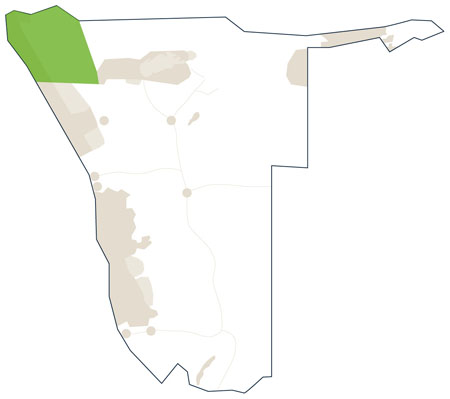 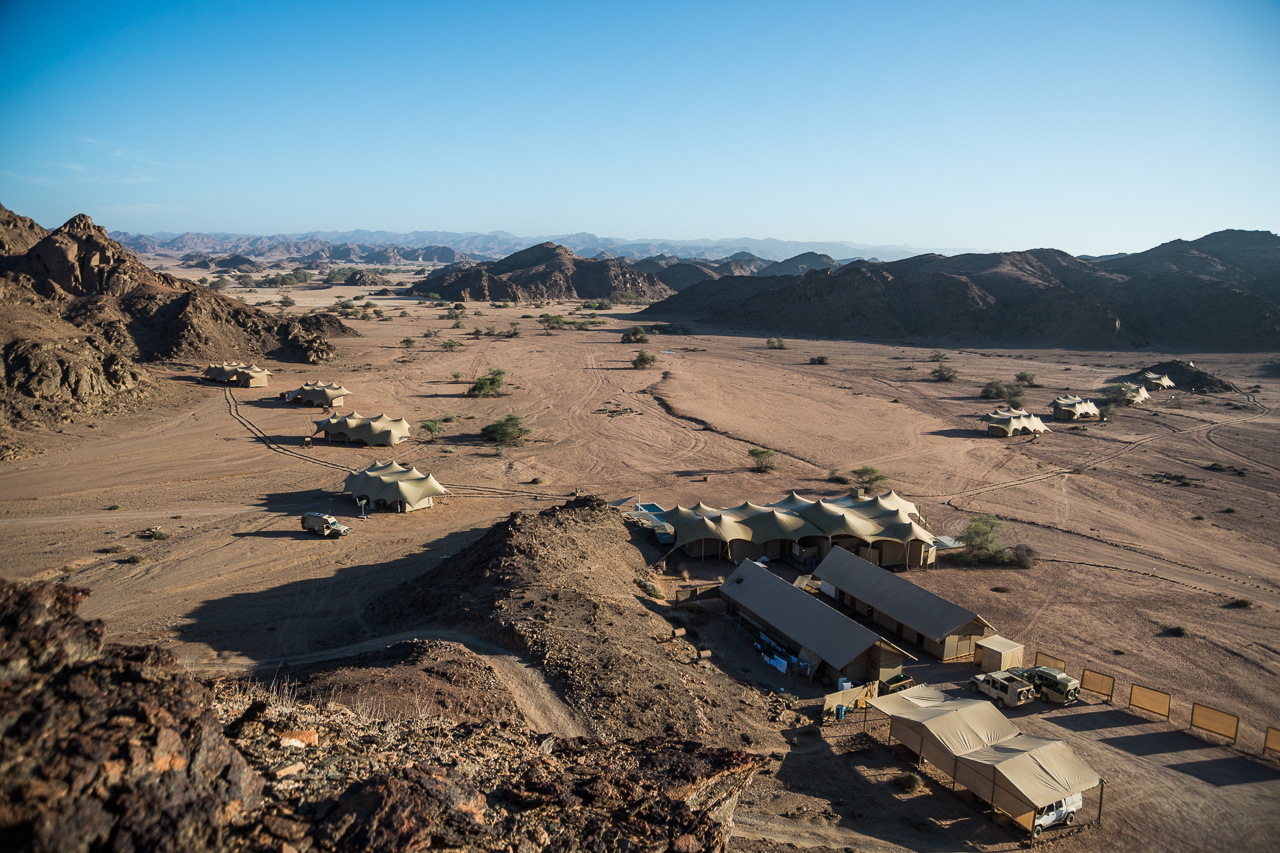 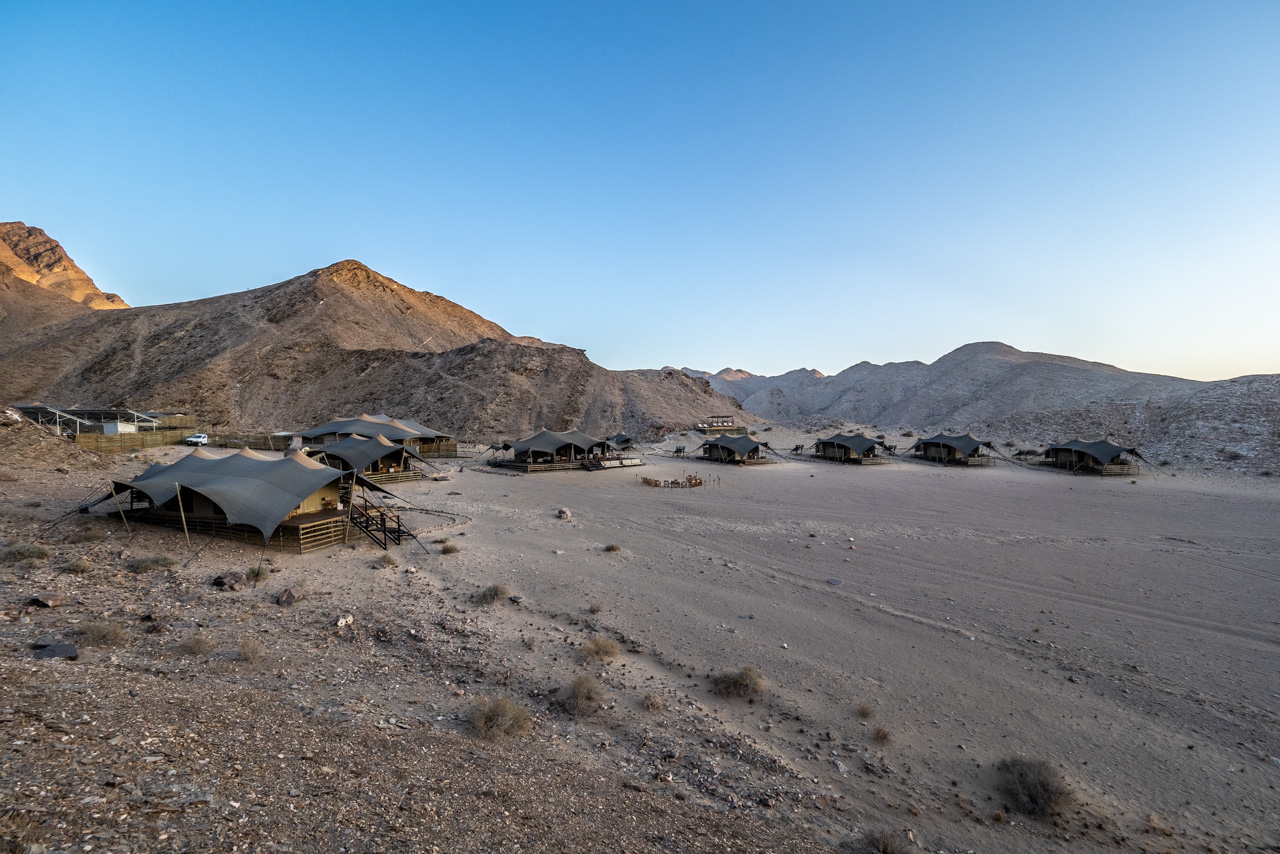 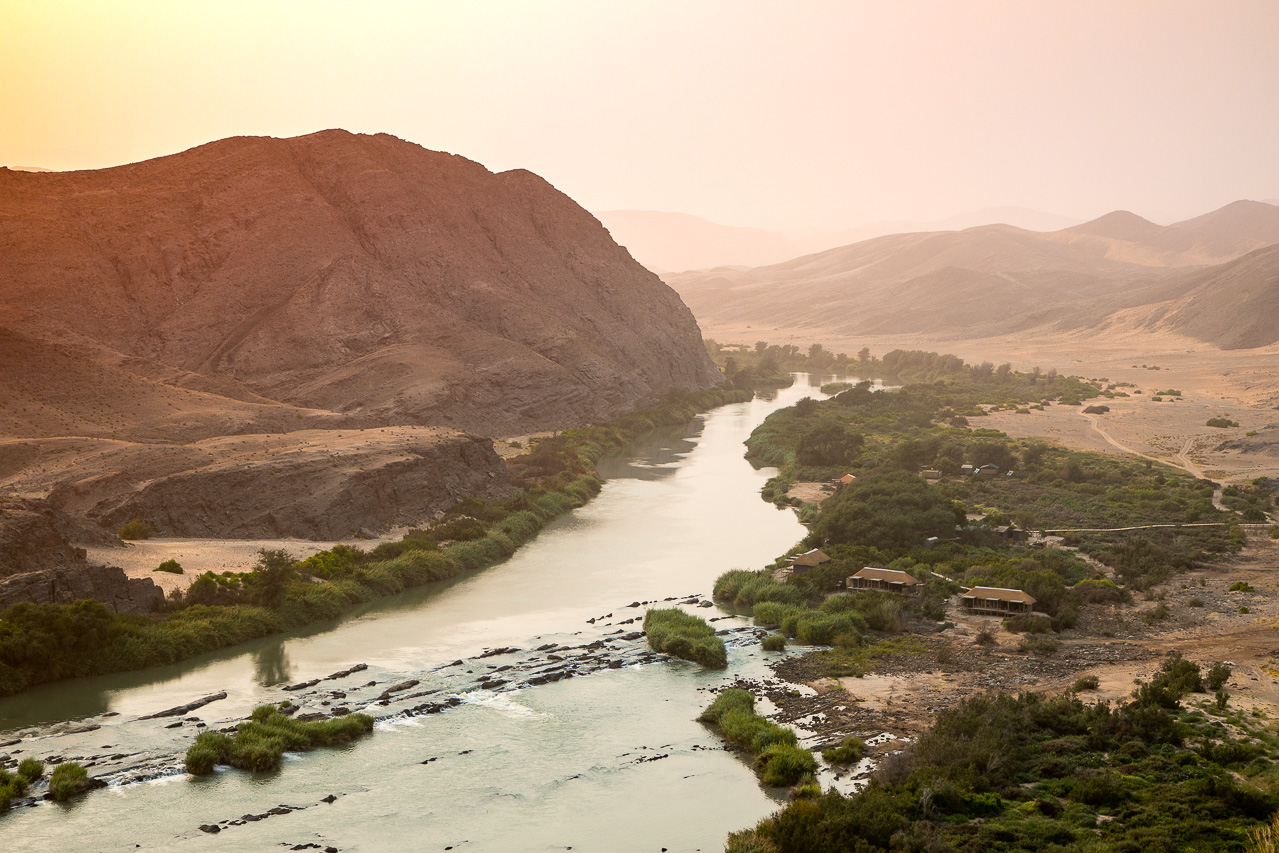 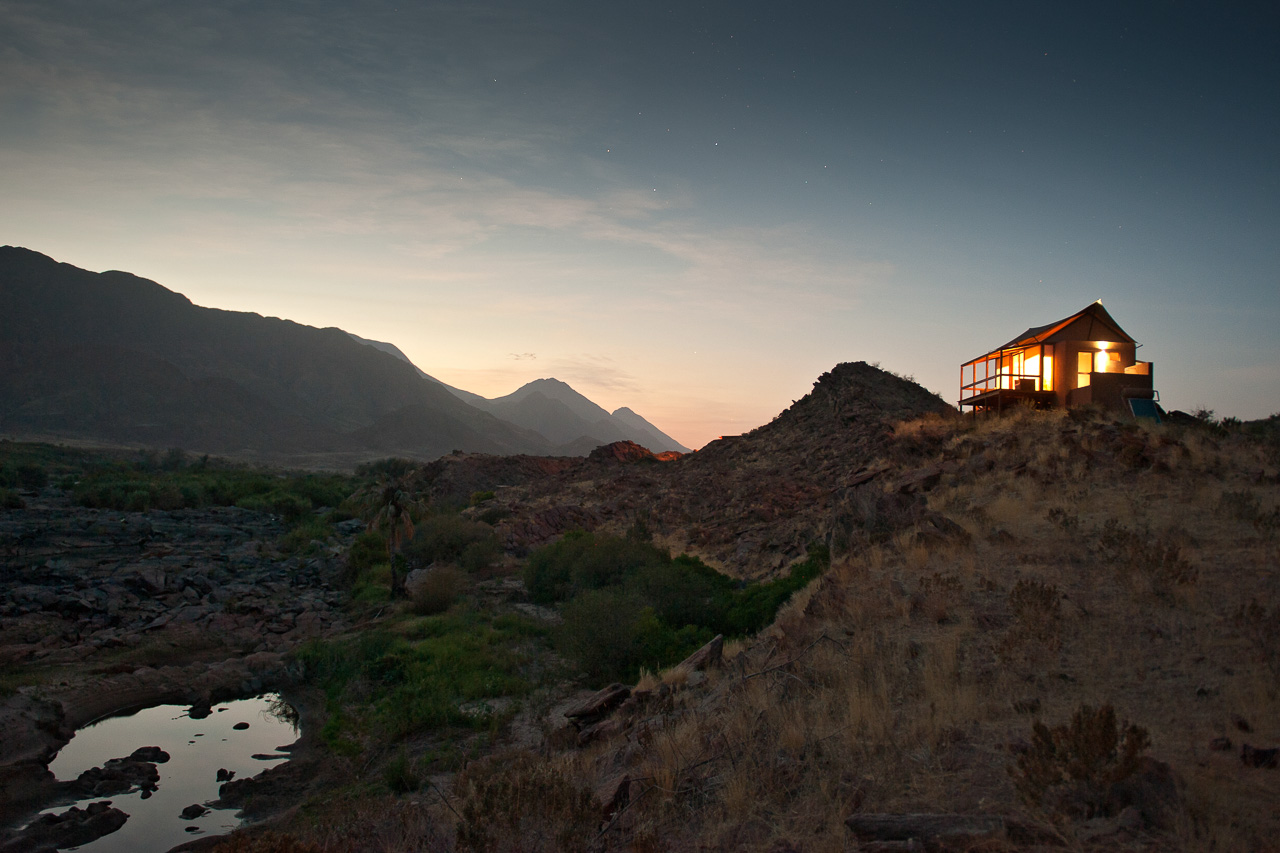