Change Language
Deutsch
Namib Rand Nature Reserve
Learn more
Start Player
Back
NamibRand Nature Reserve
Private reserve 2 hours south of Sossusvlei
Over 200'000 hectares of restored farmland
Dark Sky Reserve
The NamibRand Nature Reserve is one of the biggest private reserves in southern Africa. A large number of sheep farmers joined forces with the common aim of creating a unique reserve where wildlife can move unhindered by fences.
Established in 1984 by the Brückner family, the reserve currently encompasses more than 200’000 hectares of land. The NamibRand is situated some 2 hours by car south of Sesriem and abuts the Namib Naukluft Park to the west and the Nubib Mountains to the east. Its diverse landscape includes red sand dunes, vast meadows, mountains and valleys supporting several species of animal, including zebra, oryx, springbok, kudu, giraffe and cheetah.

Learn more ..
The west of the reserve is dominated by the bush-covered dune fields of the Namib, and the east by granite cliffs and the Nubib Mountains. It is different from the Sossusvlei and its high sand dunes, so combining the two areas offers visitors a truly comprehensive insight into the Namib region.

All Namib Rand lodges offer scenic drives and the guides are more than happy to explaind the flora and fauna of the Namib to their guests. The guides will also encourage guests to leave the vehicle and explore the Namib on foot as well. As there are only few camps in the area, excursions in the NamibRand Nature Reserve are always very private and exclusive. 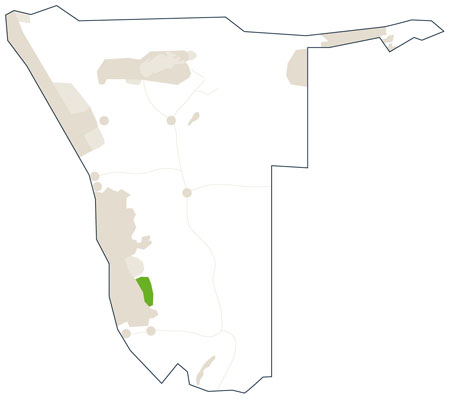 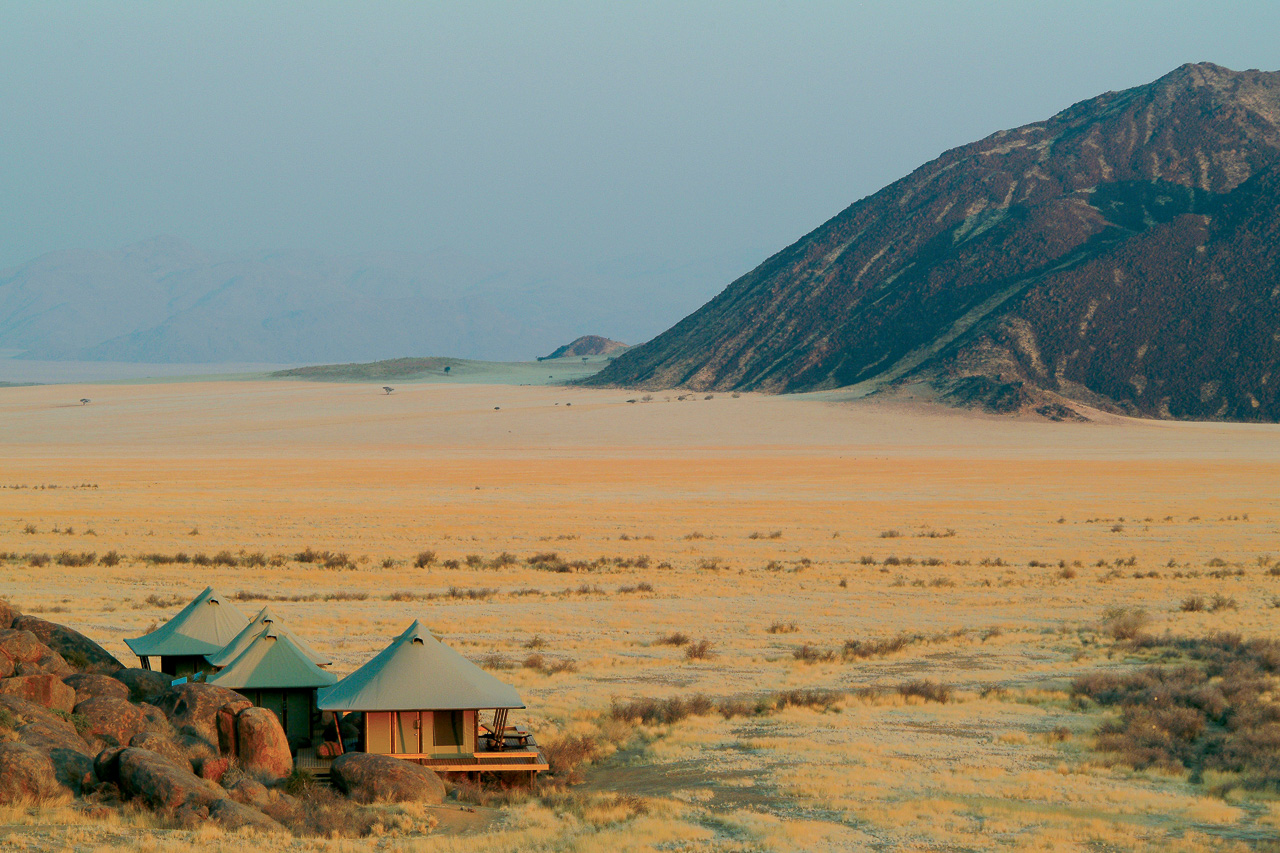 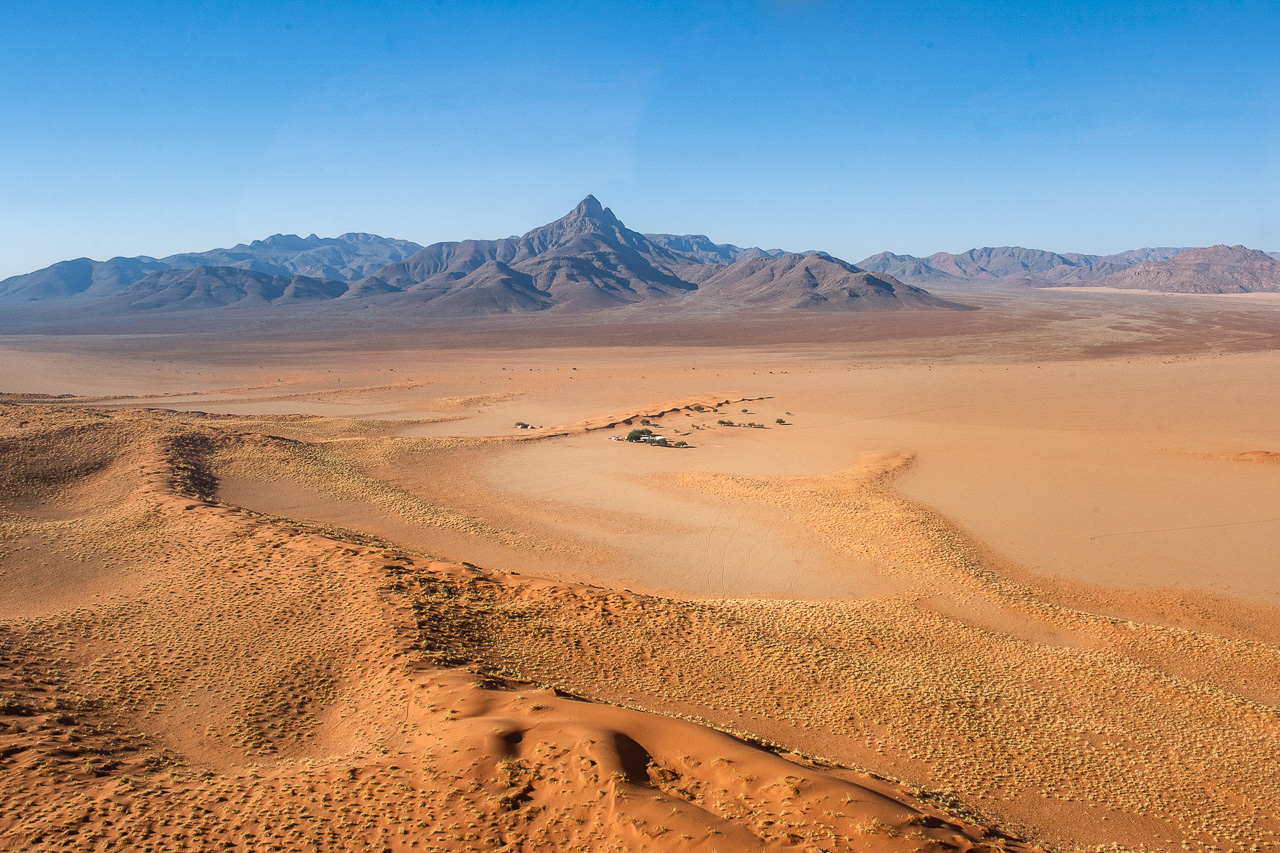 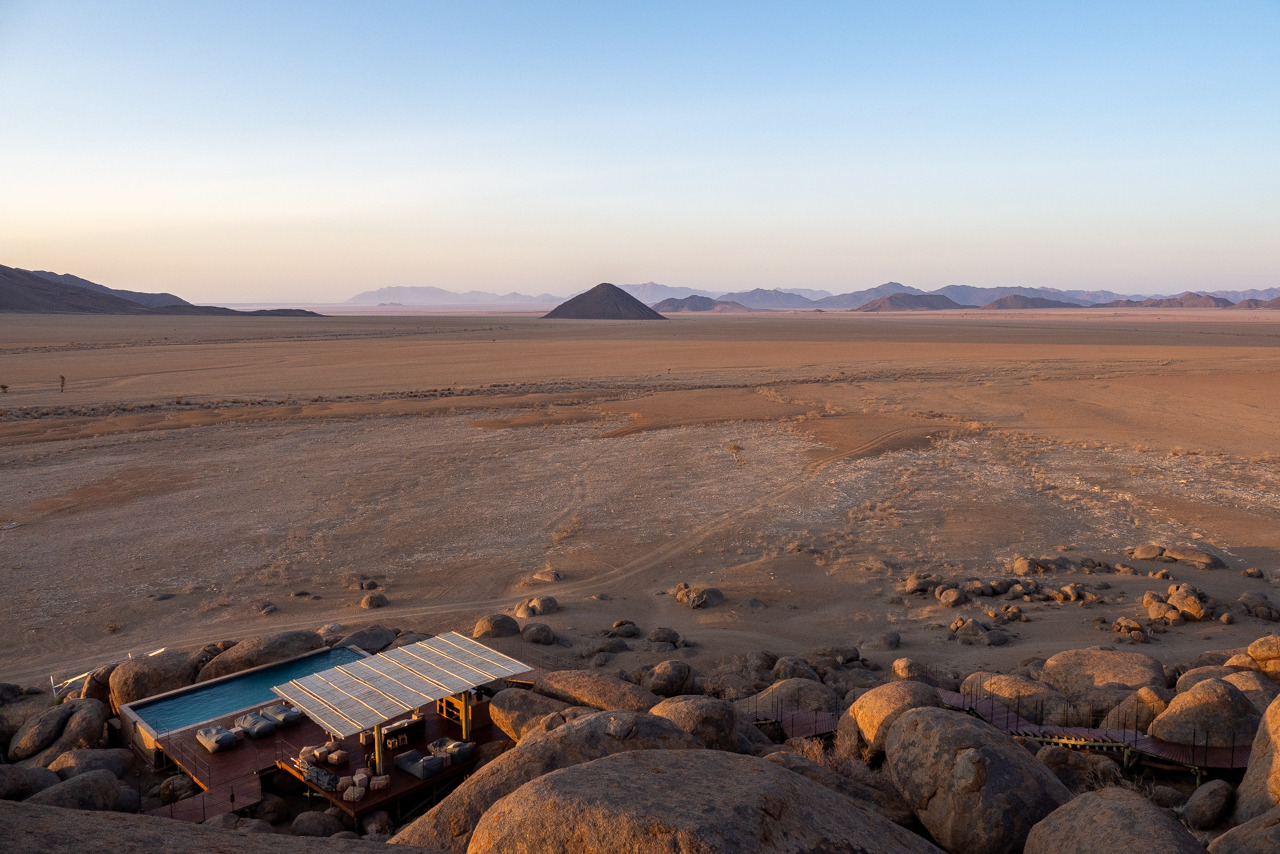 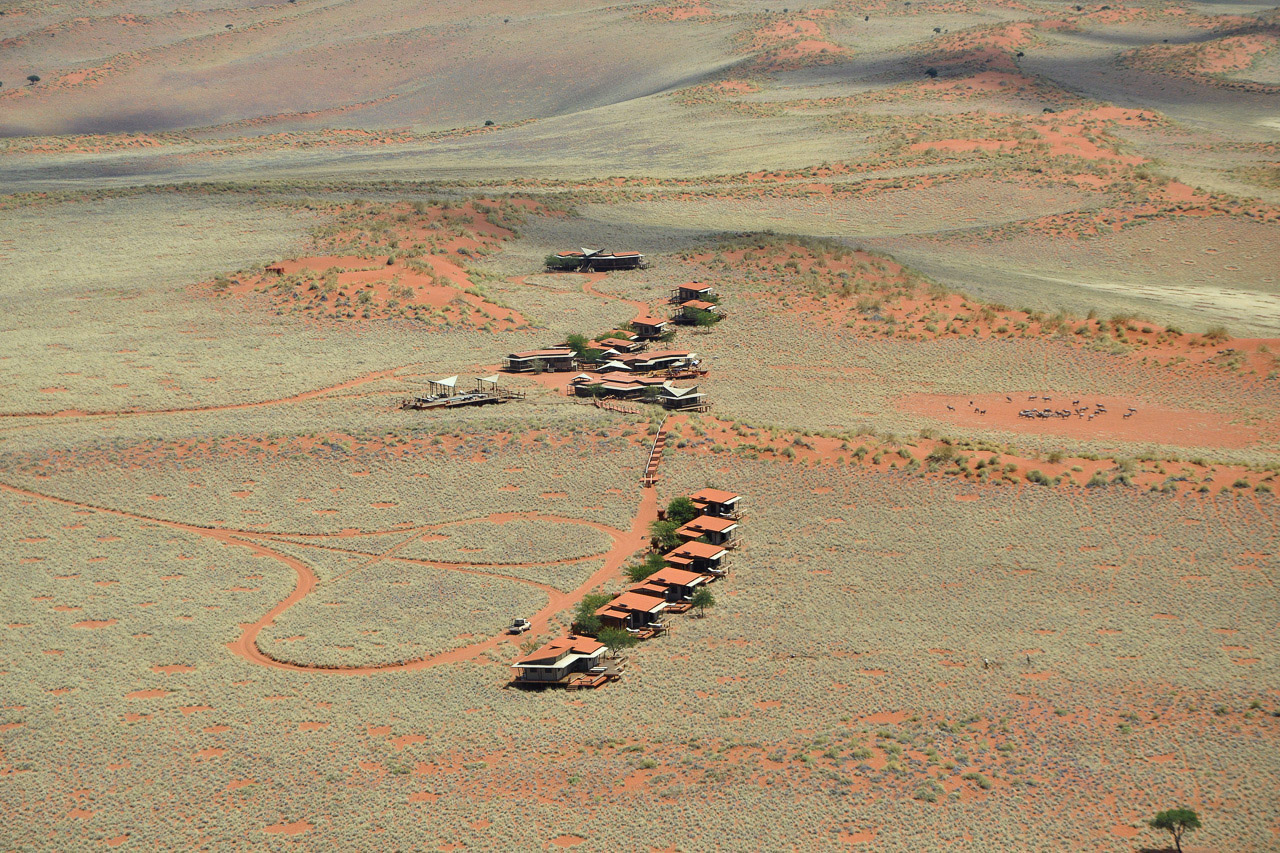 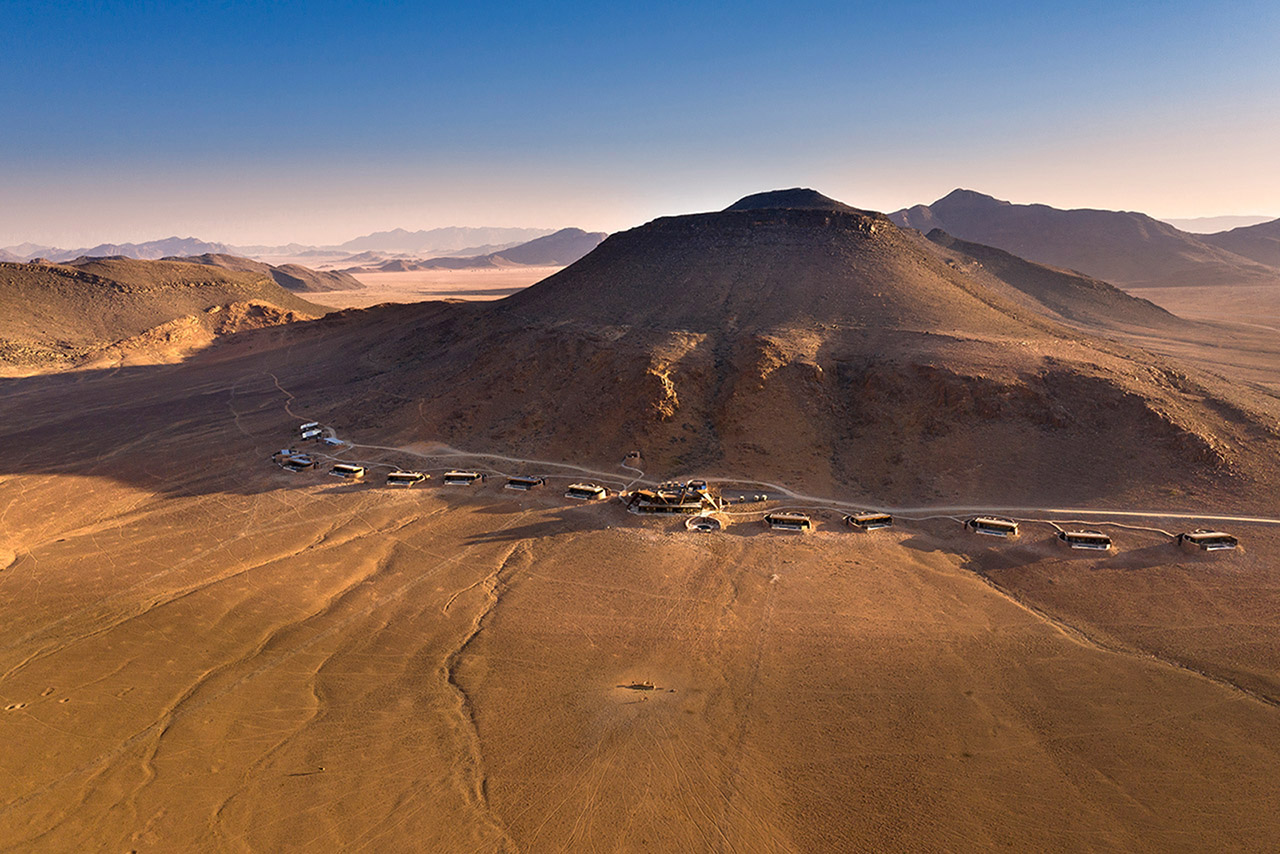 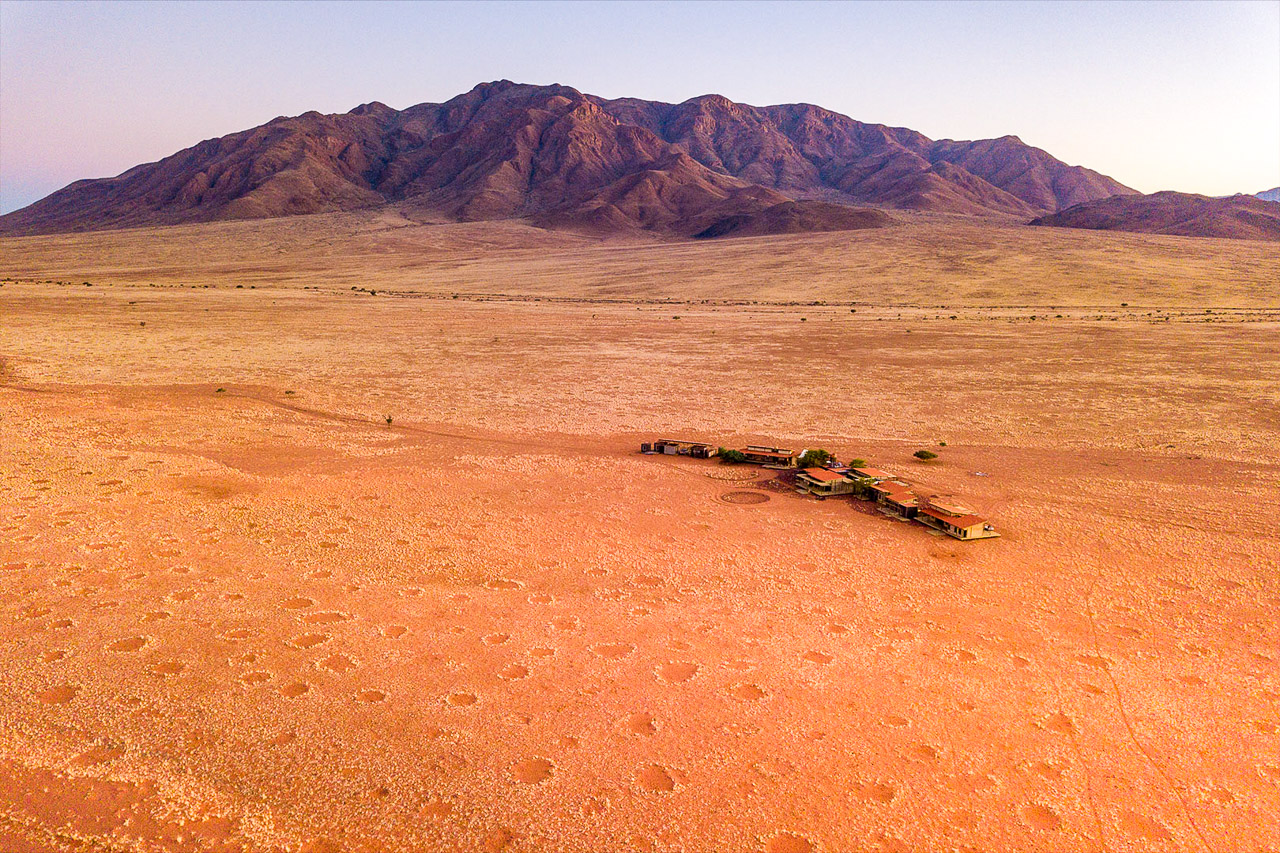