Change Language
Deutsch
Twyfelfontein
Learn more
Start Player
Back
Twyfelfontein
Over 2'000 ancient rock engravings and paintings
UNESCO World Heritage Site since 2007
Damaraland’s desert elephant
Twyfelfontein is a rocky outcrop in Damaraland where more than 2’000 ancient rock engravings and several rock paintings by its native inhabitants remain preserved.
Twyfelfontein was declared a World Heritage Site in 2007 because of its significance as one of the most important sites of African rock engravings. The area is home to one of the few watering holes in the entire region, and one which the local farmers didn’t find particularly reliable: roughly translated, the name Twyfelfontein means ‘sometimes there’s water, sometime’s there isn’t’!

Today, some 40’000 guests from around the globe visit the rock engravings, which has made Twyfelfontein one of Namibia’s destination hotspots and therefore quite busy – visitors can’t expect to have the rock engravings all to themselves.
Learn more ..
This region had been familiar to its ancient residents for a long time: they gathered close to the only source of water during the dry season, carried out their rituals, and drew and carved their experiences onto and into the slabs of rock around them. The naturally occurring iron oxide in the sandstone formed a protective layer (the so-called ‘desert varnish’) over the rock engravings. This layer has slowed down the weathering process and allowed us to admire these thousands-of-years-old works of art today. Many of the engravings depict hunting scenes with giraffe, antelope, zebra, ostrich, rhino, elephant and lion – and interestingly enough, also a seal! Humans are rarely depicted. The drawings are often surrounded by geometric patterns.

To avoid contamination and vandalism, guests may only visit the area with a guide, who will highlight the most famous motifs, including the lion with a kink in its tail and the dancing kudu. The tour takes about an hour for the first motifs, and a further hour if you wish to see the rest. It is best to visit in the early morning or late afternoon in order to avoid the worst of the heat.
... less 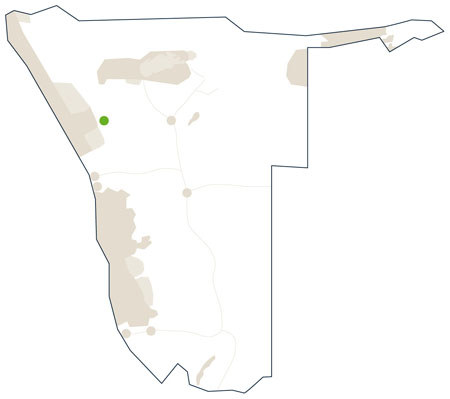 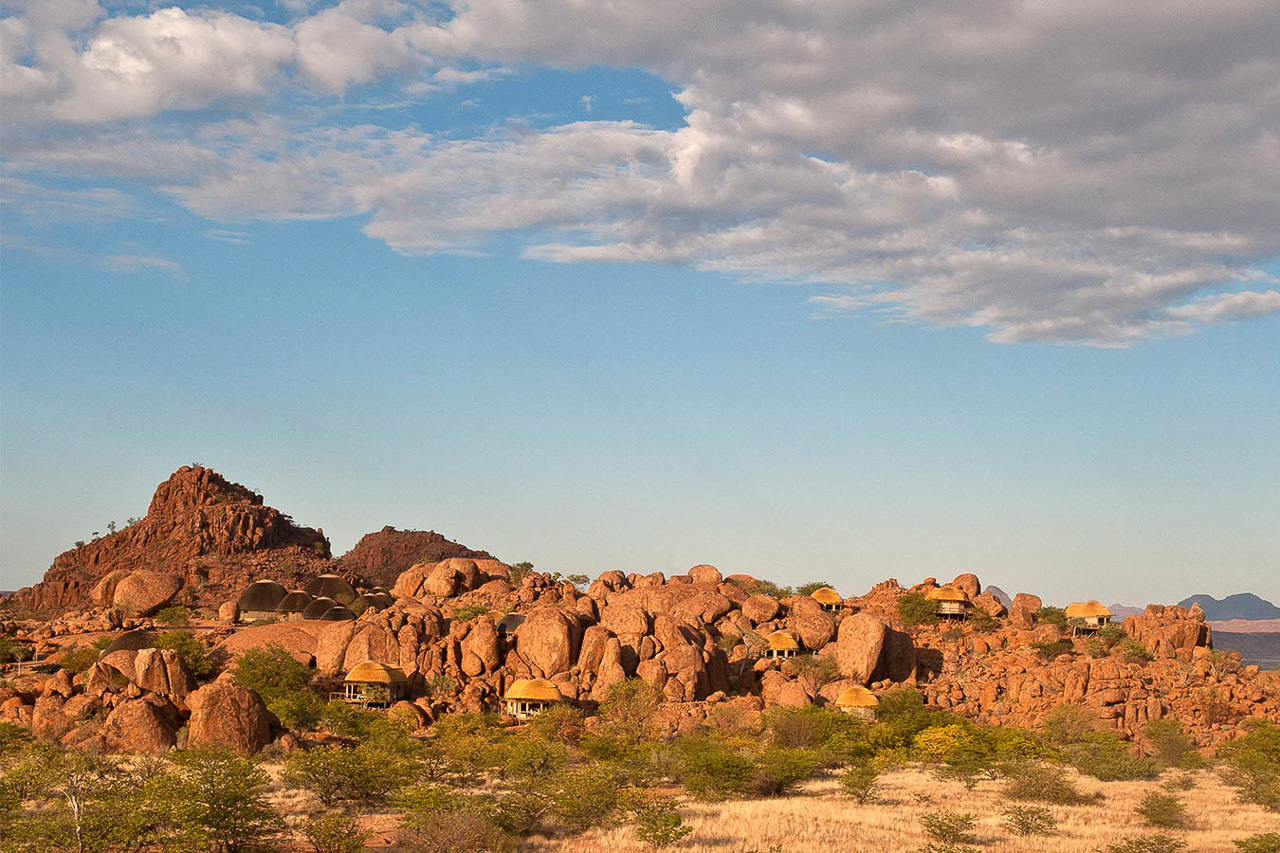 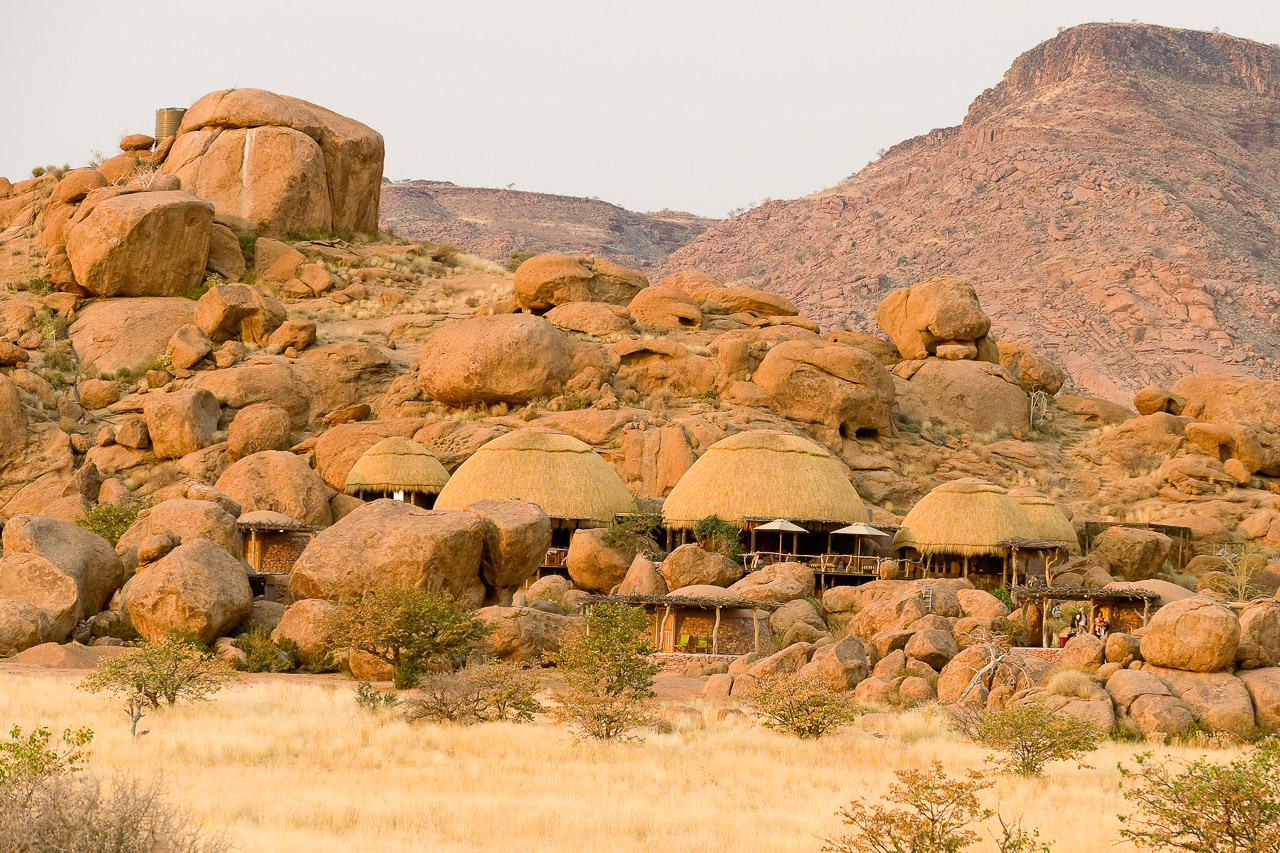 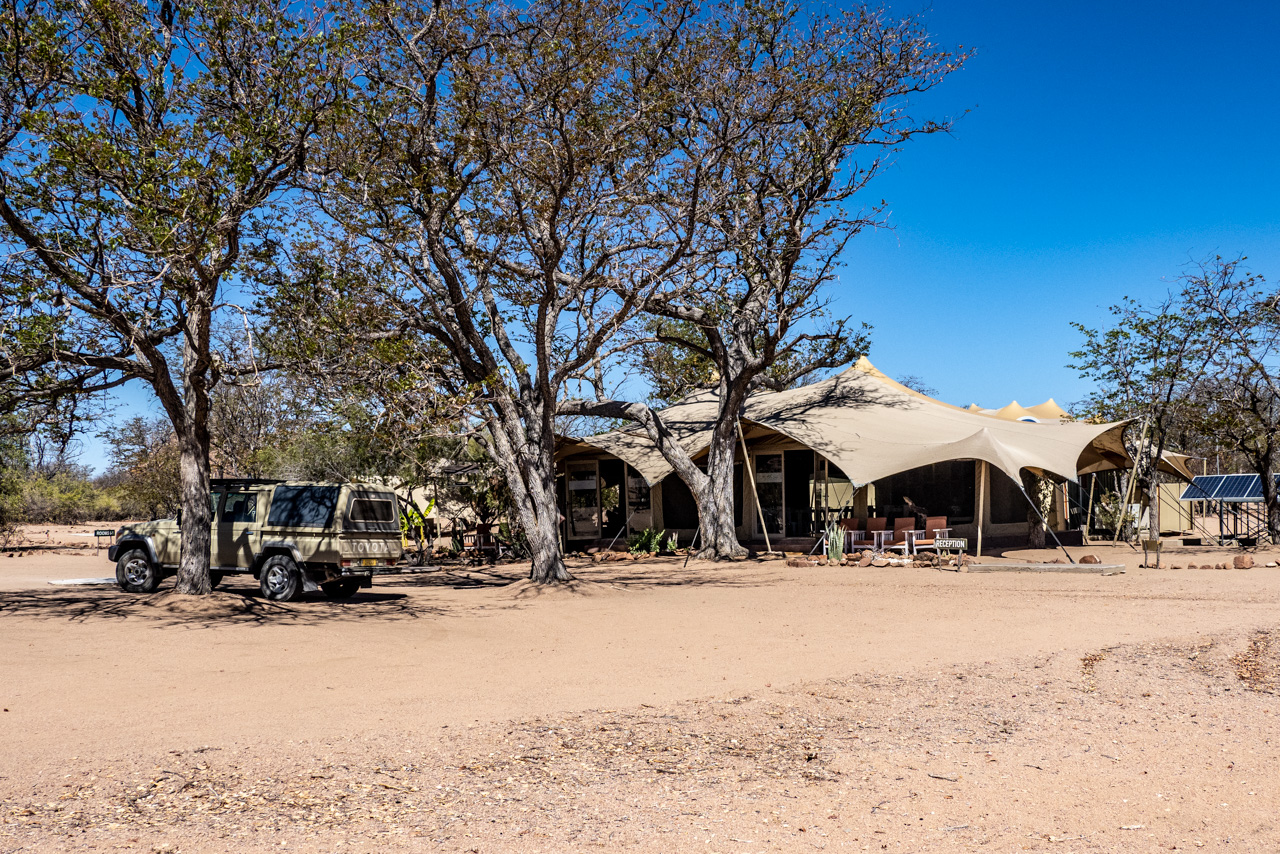