Dunia Camp Serengeti
Accommodation
Dunia Camp comprises eight classic safari tents with private verandas. The tents are raised on wooden platforms and each tent is equipped with a comfortable double bed and a bathroom with bush shower.

Dunia Camp is run exclusively by women, a novelty in Tanzania. Your stay will be accompanied by lots of siging and dancing! Dunia Camp works well with one of the more luxurious camps in the northern Serengeti and it is is a good stop-over on the way north.

The dining tent and lounge are separate open-sided tents, comfortably furnished and with sweeping views of the plain to the front of camp. Lake Magadi can be seen in the distance. There is also an open fireplace that is popular with guests for the pre-dinner drinks.

Location
Dunia Camp is situated close to the Moru Kopjes in the Serengeti’s southwest. Kopjes are isolated stony outcrops that appear to spring up like islands from a sea of grass. The rock that constitutes these kopjes is slowly rounded off over thousands of years, leaving behind a truly breathtaking landscape.

Although Seronera is only a 40-minute drive away, the camp is far enough from central Serengeti with all its hustle and bustle to allow visitors to enjoy a very relaxed and personal safari.

Wildlife
The concentration of wildlife around the camp is excellent all year round and chances to see all the big cats is very good.

During May/June and in November, the area around Dunia Camp is ideal for viewing the Great Migration and is also one of the few regions where rhino can be found.

The raised outcrops are popular with cheetah and lion. A classic Serengeti photograph is of a cat relaxing on the highest point of a kopje. These rock formations also provide shelter for a myriad of small creatures, including lizards, hyrax and a variety of insects, all of which reside in the kopje’s many nooks and crannies.

Activities
The camp offers game drives.
Good to know
A balloon trip over the Serengeti can be arranged.
Your alternatives
Permanent Camps
Permanent camps do not change location and therefore have a better infrastructure than mobile camps. 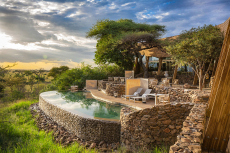 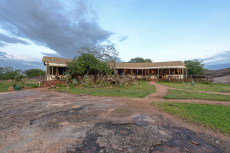 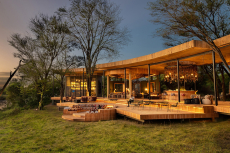 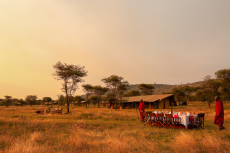 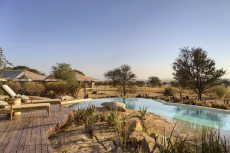 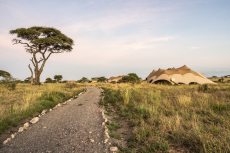 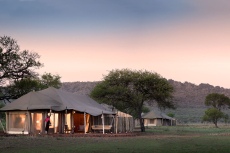 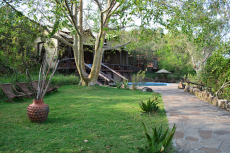 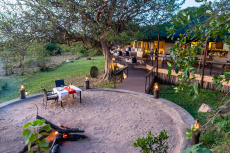 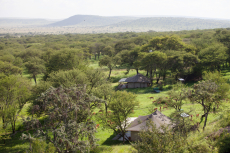 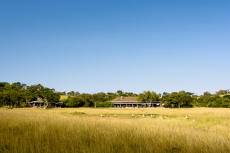 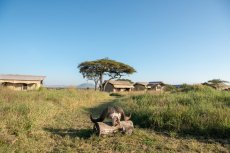 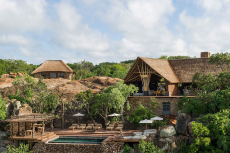 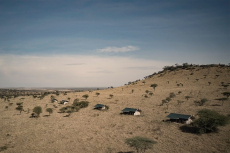 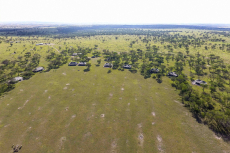 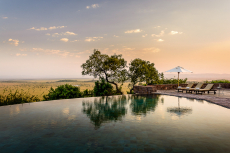 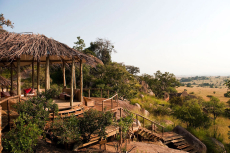 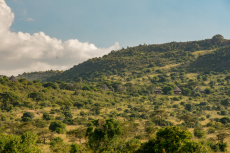 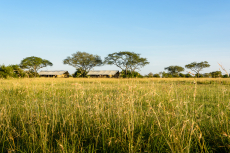 Singita Explore Tented Camp
Mobile Camps
Mobile camps operate in the Sereangeti and change their location two or three times a year following the Great Migration of the wildebeest and zebra. Mobile camps have a simpler, bush-like character. Although the rooms have an en-suite bathroom, there is often no running water in the rooms. Bathrooms are then equipped with a so-called bucket shower that needs to be filled with hot water by the camp team on demand. 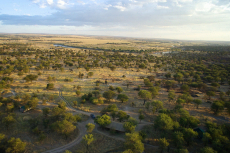 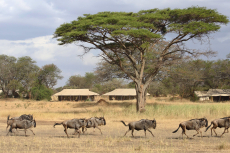 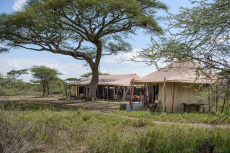 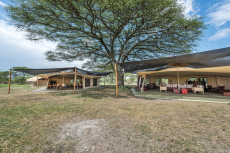 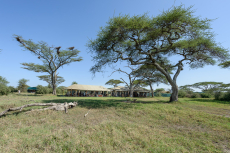 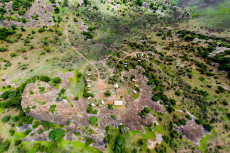 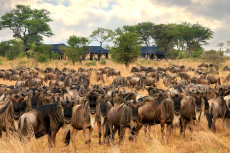