Kilimanjaro West
Stay in the vicinity of Africa’s highest mountain
Experience the traditional Maasai culture
Off the Tanzanian tourist trail
At 5’895 m, Kilimanjaro is the highest mountain massif in Africa. The landscape was declared a UNESCO World Heritage Site in 1987. The mountain is visible from miles around and its (still) snow-covered peak rises majestically above the surrounding plains.
The Kilimanjaro mountain massif’s snow-covered, world-renowned landmark, the Uhuru Peak, stands as a symbol for the beauty of East Africa. The massif is of volcanic origin and actually comprises three mountains, the Shira (3962m), the Kibo (5895m) and the Mawenzi (5148m). Volcanic activity in the region is minimal, and mountain climbers have nothing to fear.

Learn more ..
The Kilimanjaro massif is under the protection of the Kilimanjaro National Park from a height of 1800 m. The hot humid climate supports lush vegetation: the lower region (up to 3000 m high) is a full-blown rain forest that is home to some very strange plants. The forest gives way to an upland moor in the upper region, before the landscape becomes alpine, rocky and finally covered in permafrost as the height increases.

The camps in Tanzania’s West Kilimanjaro region do not support the same concentrations of wildlife as can be found for example in Amboseli National Park in Kenya, but you do have the vast steppes more or less to yourself. The region is not touristic and offers visitors the opportunity to gain insight into the life of the Maasai. Kilimanjaro is the icing on the cake. If you would like to leave the beaten track and experience another side of Tanzania, then this is the place for you. 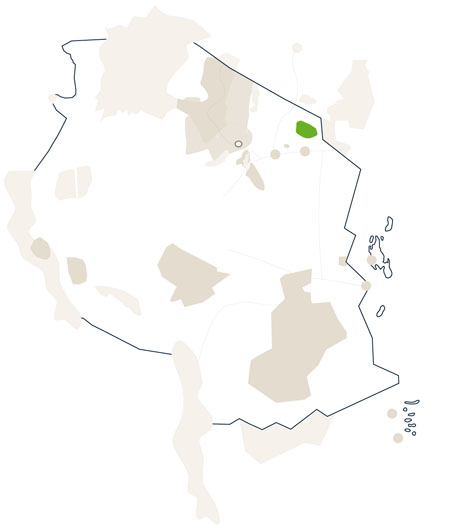 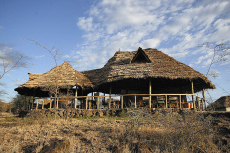 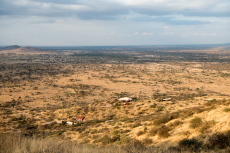