Change Language
Deutsch
Ngare Serian Maasai Mara, Mara North Conservancy
Accommodation
Ngare Serian belongs to a private group of camps that are run by the well-known guide Alex Walker. Its sister camp Serian Mara North lies directly adjacent on the other side of the river, and a further camp, the Nkorombo, is situated further south in the central part of the Maasai Mara Reserve.

In the language of the Maasai, Ngare means ‘on the river’. In addition to the more elevated location of the Serian Main Camp, Walker’s idea was to have a second camp down by the water. Exuding an air of charm, Ngare Serian is comfortable and intimate, and can only be reached on foot by crossing a hanging bridge. It comprises four tents spread out along the length of the riverbank, each boasting a Zanzibar four-poster bed and open bathroom.

For those looking to experience sleeping outdoors in the wilderness, we recommend the Nest Treehouse, which is situated slightly north of the camp. A night in the treehouse requires advance booking.

Location
Ngare Serian sits in the Mara North Conservancy (324 km²), which borders to the north with the actual Maasai Mara Game Reserve. The conservancy is an amalgamation of some 800 Maasai landowners and twelve safari camps, all of who joined forces to make their land available for sustainable tourism.

The variety of wildlife in the Mara North is fantastic and exciting game drives are guaranteed. The number of vehicles is naturally much lower than the publically accessible Maasai Mara Game Reserve.

Wildlife
The Maasai Mara is home to one of the highest concentrations of big cat in Africa and more than 50 species of raptor. Lion, leopard, cheetah, hyena, buffalo and elephant are high on the must-see list of most visitors here, and it is indeed the most likely place to get a snapshot of all of them.

Activities
The Serian Camps offer a private vehicle with guide and tracker to all guests, thus allowing them to plan their day with the greatest flexibility.

The camps offer game drives during the day and night and bush walks. Guides are allowed to leave the tracks in the Mara North Conservancy, which means very close animal encounters are possible.

Game drives take place in the Mara North Conservancy, but also cross into the actual Maasai Mara Game Reserve, which is particularly popular during the Great Migration. It is not unusual for guides to pack breakfast and lunch and spend the whole day out with guests to witness one fo the River Crossings. Night drives are allowed in the private conservancy, but not in the game reserve. 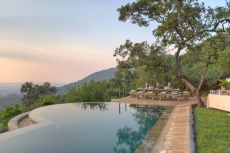 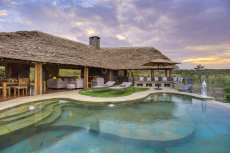 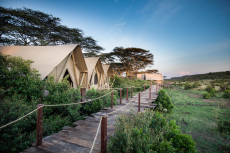 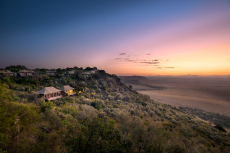 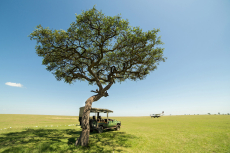 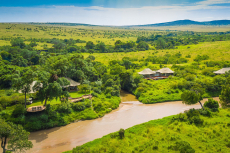 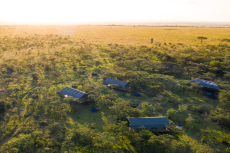 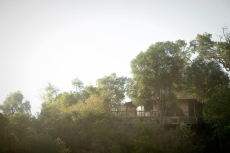 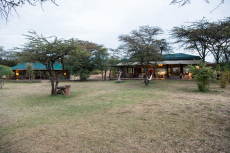 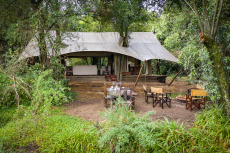