Ole Sereni is ideally located for an uncomplicated overnight stay in Nairobi. Its location opposite Nairobi National Park means it is not unusual for guests to spot a rhino or the odd gazelle while enjoying dinner.

The sympathetically furnished rooms could be better soundproofed. However, the hotel has a good outdoor restaurant where guests can sit comfortably in the evening. It also boasts an outdoor pool with bar, a large indoor restaurant and a rooftop bar.

Saruni Samburu is a wonderful lodge located in Kenya’s wild north. The lodge is built into and around a giant volcanic rock face. Perched on this spectacular viewpoint, the six luxury villas are open and spacious, heralding spectacular views over Kenya’s Northern Frontier District and Mount Kenya in the distance.

There are two villas both with en-suite bathrooms and dressing rooms, spacious living, dining area and outdoor veranda. Four further villas are designed for families with two en-suite bedrooms with individual dressing rooms and one common large lounge and dining area, as well as several verandas.

Guests can enjoy the vast panoramas from the dining and lounge area, the two infinity pools and the Samburu Wellbeing Space. Nearby is a ground-level photographic hide next to a waterhole where the animals gather to drink.

Location
There are scheduled flights from Nairobi Wilson airport to Kalama Airstrip followed by a 40 min road transfer to Saruni Samburu. Alternatively the airline may use Oryx Airstrip in Samburu National Reserve, about a 1 hour drive from the lodge.

Saruni Samburu is located in tribal lands to the north of Samburu National Reserve. The lodge overlooks a vast private wildlife sanctuary called Kalama Conservancy, and has exclusive access to the surrounding 800km² of pristine, protected wilderness.

Saruni Samburu is the only lodge in Kalama Conservancy and guests enjoy exclusive access to the conservancy. The lodge is also the sole source of income for the communities found in the area.

As a small and intimate family-owned safari lodge, Sirikoi offers a sure sense of exclusivity and high level service, but also manages to be welcoming, comfortable and unpretentious.

The main lodge and dining deck, four luxury tents, Sirikoi Cottage and private Sirikoi House are perfectly positioned along the spring-fed Sirikoi stream, from which the lodge derives its name. All buildings have a view of the lawns leading out onto the wetland and waterhole, which has become a favorite passage and sanctuary for wildlife.

Each accommodation has a private outside deck to make the most of "armchair game viewing". All guest tents are spacious and tastefully designed, with unique decor touches, a comfortable sitting area, free-standing bathtub, rain-shower and fireplaces. The Cottage (4 guests) and private House (6 guests) have two and three separate bedrooms with en-suite bathrooms, private living and dining rooms and decks.

Sirikoi House comes with a private vehicle and guide, as well as chef and team of staff. The cozy main mess or lounge is decorated with a combination of African art and textiles, impressive bronze wildlife sculptures, handmade furniture and fascinating artifacts collected by the family over four generations.

Sirikoi’s beautiful infinity pool is perfectly refreshing in the hot midday sun. The lodge offers an incredible farm to plate dining experience. The one-acre organic garden is a hidden gem found just behind the lodge. Avocado, banana, berries - over 80 fruits, vegetables and herbs from the garden make up the majority of the lodge’s fresh produce. A place to feel spoilt in a very authentic way.

Location
Sirikoi Lodge is surrounded by 68,000 acres of the pure wilderness of Lewa Wildlife Conservancy (Lewa Downs). The Lewa Wildlife Conservancy is a UNESCO World Heritage Site and an award-winning model for community conservation. Starting with only 15 black rhinos in 1984, Lewa’s rhino population has since risen steadily, making Lewa a true rhino conservation success story in East Africa.

Sirikoi is just a 20 minute drive west from the Lewa airstrip, which is served by both private charters and scheduled flights from Nairobi’s Wilson Airport – a 50 minute flight away.

Ngare Serian belongs to a private group of camps that are run by the well-known guide Alex Walker. Its sister camp Serian Mara North lies directly adjacent on the other side of the river, and a further camp, the Nkorombo, is situated further south in the central part of the Maasai Mara Reserve.

In the language of the Maasai, Ngare means ‘on the river’. In addition to the more elevated location of the Serian Main Camp, Walker’s idea was to have a second camp down by the water. Exuding an air of charm, Ngare Serian is comfortable and intimate, and can only be reached on foot by crossing a hanging bridge. It comprises four tents spread out along the length of the riverbank, each boasting a Zanzibar four-poster bed and open bathroom.

For those looking to experience sleeping outdoors in the wilderness, we recommend the Nest Treehouse, which is situated slightly north of the camp. A night in the treehouse requires advance booking.

Location
Ngare Serian sits in the Mara North Conservancy (324 km²), which borders to the north with the actual Maasai Mara Game Reserve. The conservancy is an amalgamation of some 800 Maasai landowners and twelve safari camps, all of who joined forces to make their land available for sustainable tourism.

The variety of wildlife in the Mara North is fantastic and exciting game drives are guaranteed. The number of vehicles is naturally much lower than the publically accessible Maasai Mara Game Reserve. 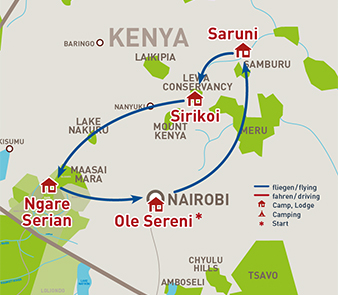 Learn more about these areas
Nairobi 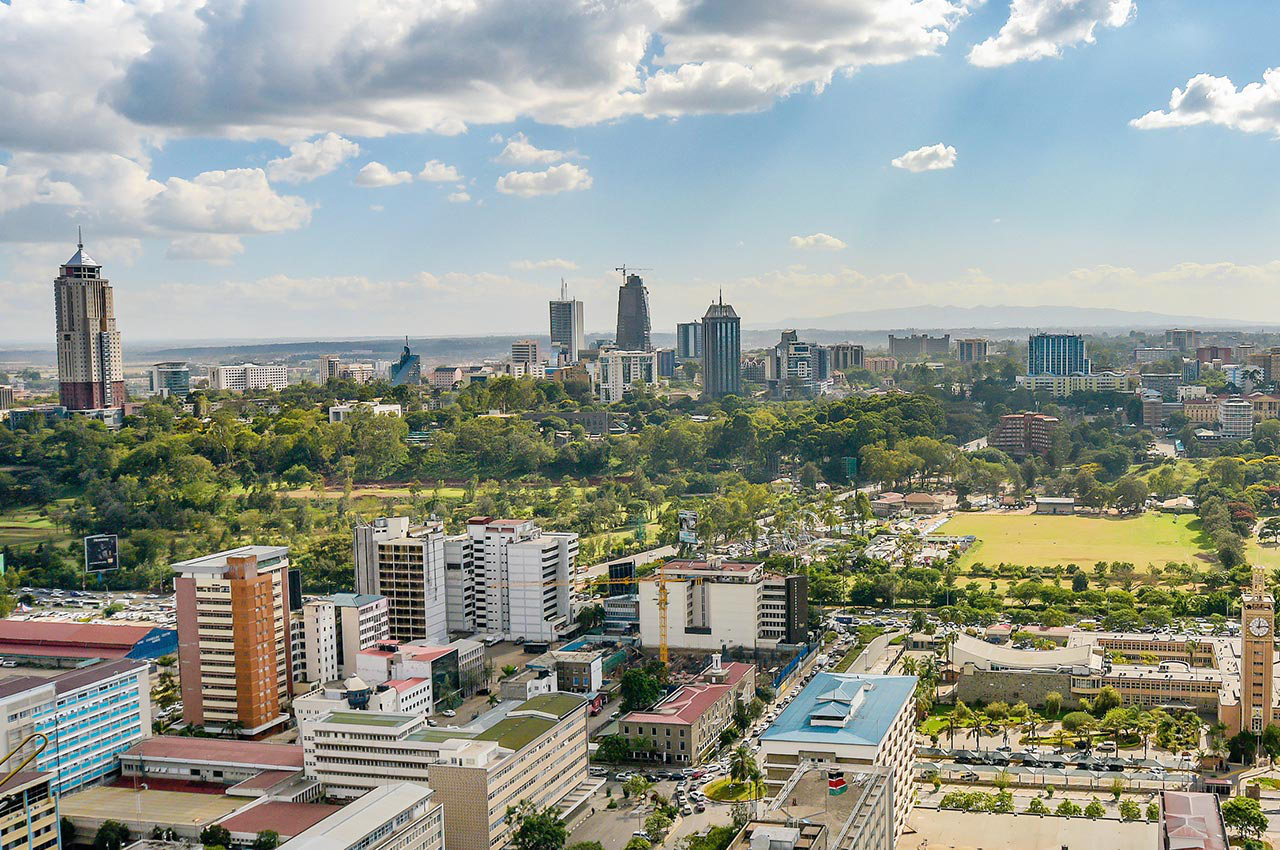 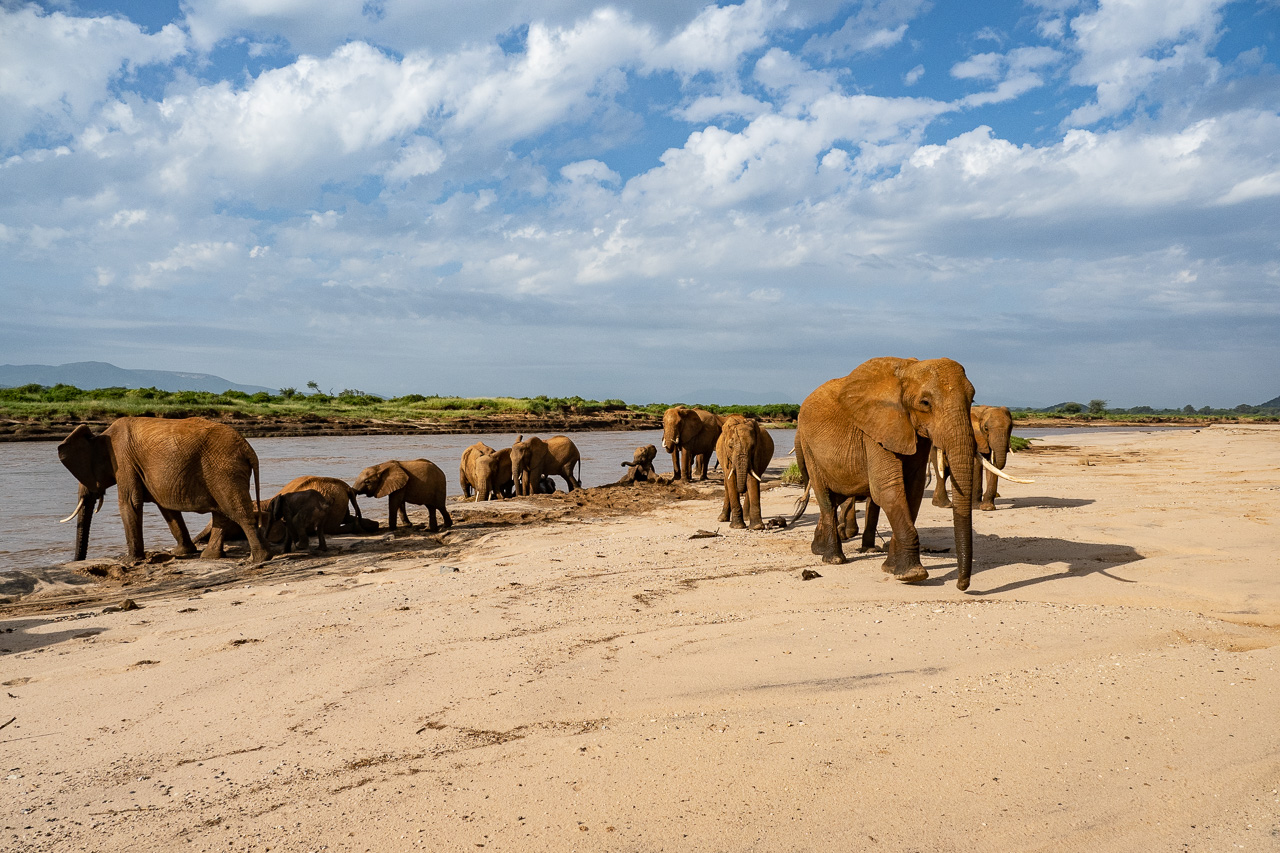 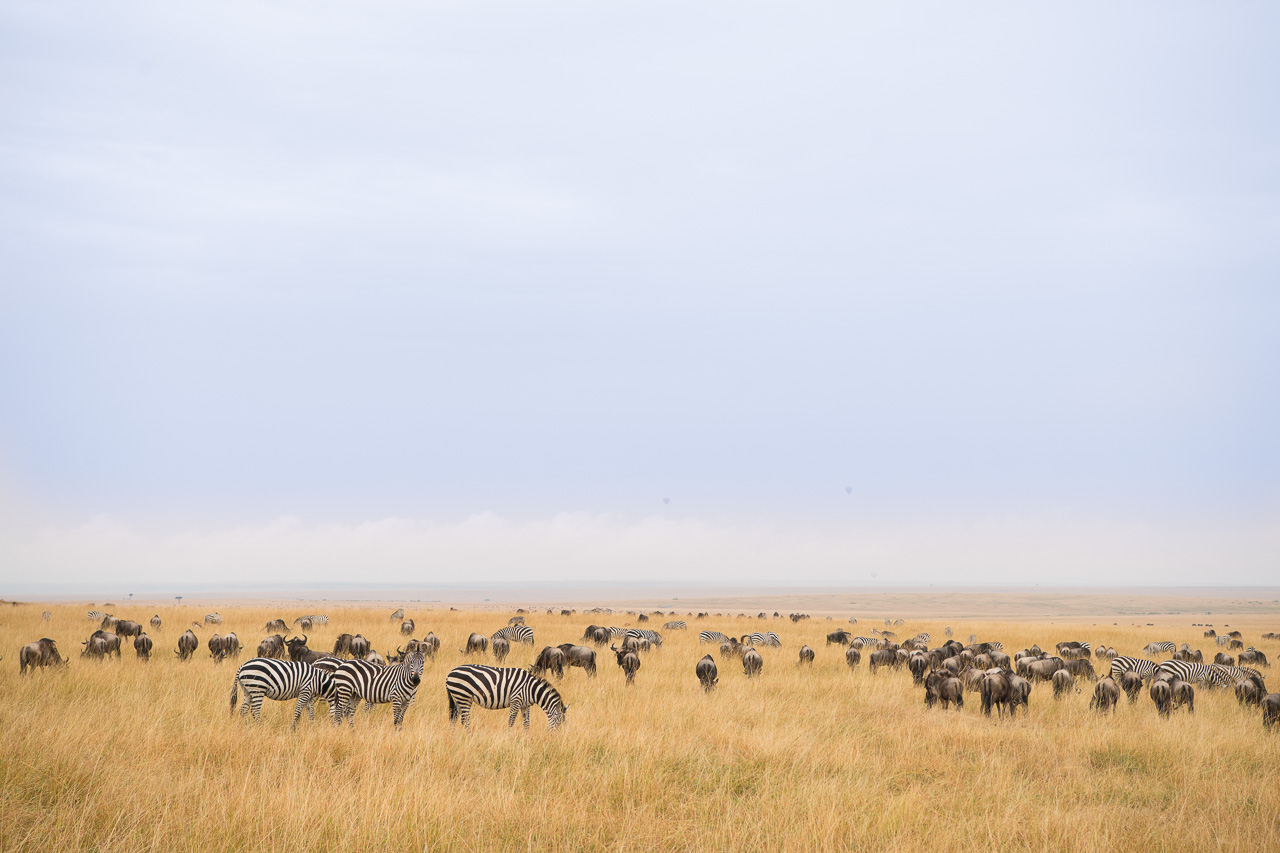 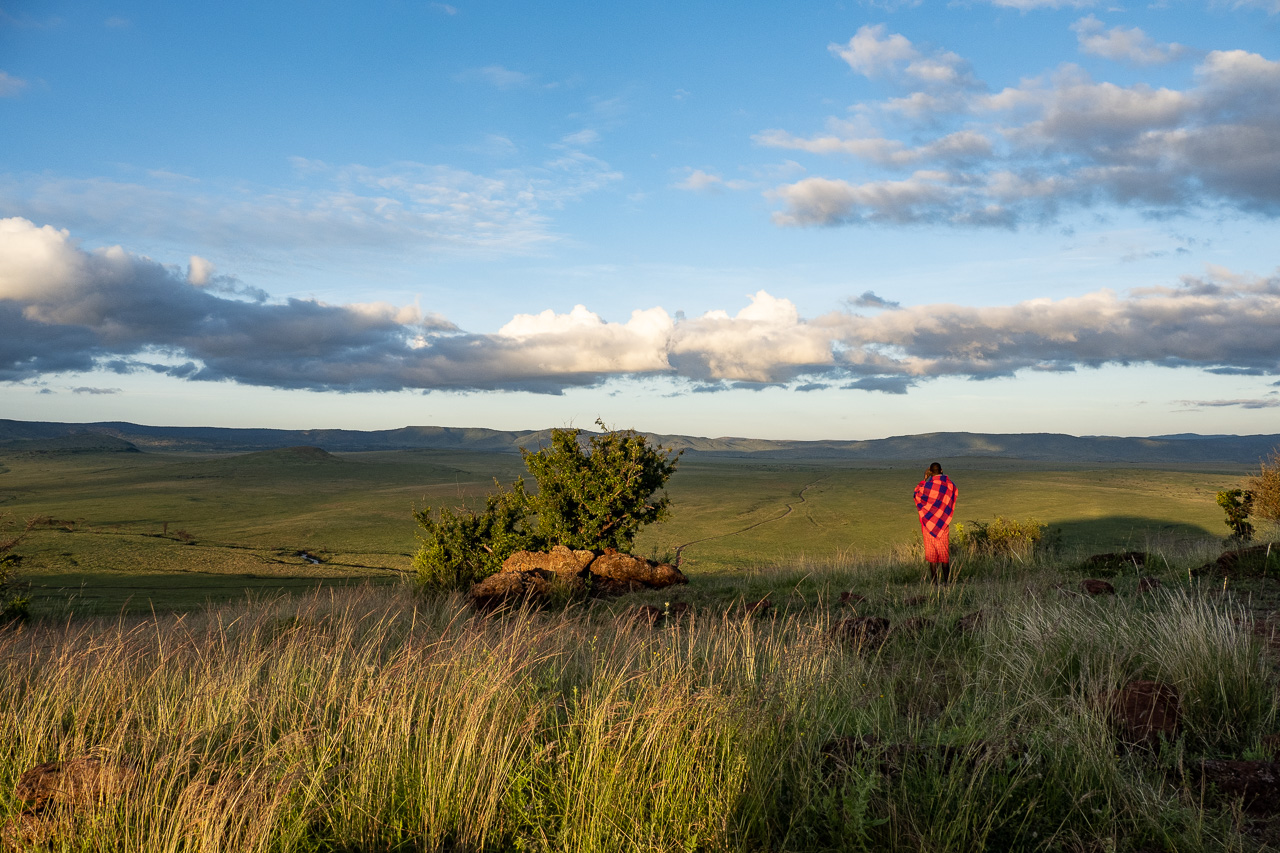